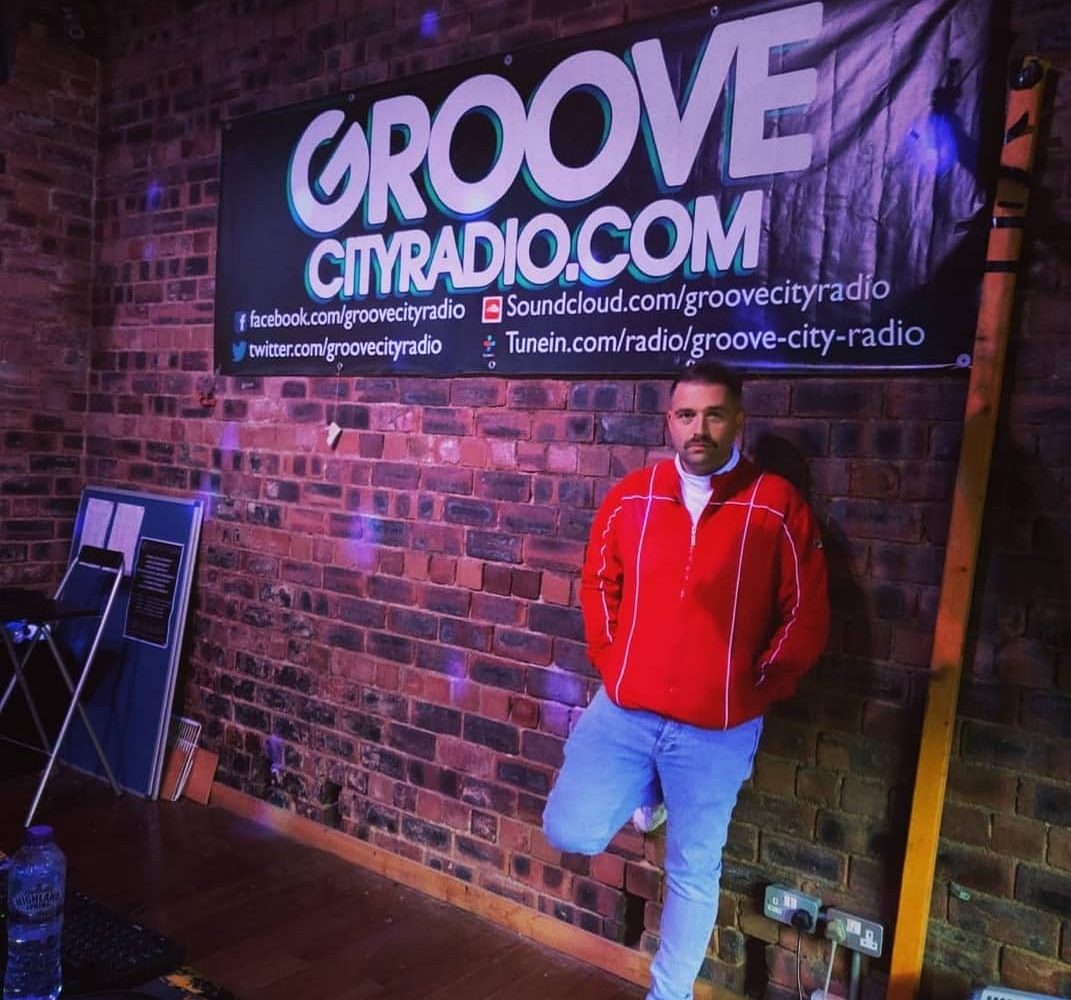 We recently caught up with Glasgow DJ Neil Hood. Neil has been around Scotland’s dance music scene for for over 10 years and has played at some of their biggest festivals including T in the Park & Coloursfest as well as playing for brands such as Tooltoom & Hed Kandi, he has also supported djs such as Steve Lawler, Sam Devine, Catz & Dogz, and most recently Skream. He has a monthly radio show on Groove City called On the Record where he brings us his favourite current tunes as well as interviewing some amazing DJs from the scene such as Judge Jules, Colin Tevendale, Mallorca Lee, Trevor Reilly!!

Hey Neil, So for those that don’t know of you can you give us a quick intro to yourself? How you got in to DJing? How long been Djing for etc

Hi Mate! – I got my 1st set up decks when I was 16, I got in to DJ’ing because my dad was a mobile DJ and heavily in to music so i was introduced to a wide range of music from an early age. a couple of my mates had decks when we we’re at school and I had a mess about on them, soon as I had a shot I was hooked, got a part time job in the Co-Op on £2.99 an hour (no joke) and saved up to get a set of belt drives! I’ve been consistently gigging for the past 12/13 years, played for Radio 1, at TITP, Coloursfest, The Arches, Swg3, BaaD, The O2, Cab Vol for Fly Club, Fubar & City for Loop as well as previously running a club night called On The House alongside my mates Andy Raeside & Kris Greig

So when it comes to DJing we know you can play nearly everything! So, if you had to pick a certain genre or style that would define you what would it be??

Without sounding like a wank, I wouldn’t say I could define myself with 1 genre – going back to what I was saying about my dad I was introduced to so much diverse music when I was younger so it had a huge impact on me when i was growing up so i feel that comes through in how i DJ – If I like it i’ll play it – letting a genre define you will limit you as a dj and being a DJ for me is all about expression – in the past week I’ve recorded a Disco Mix, a Trance Mix, a Happy Hardcore mix & a Old Skool mix so I think that tells its on story. one thing I would say is i’m not a fan up DJ’s being eclectic just for the sake of it.

Having DJ’ed for 20 years you must have played some amazing gigs is there one gig that stands out the most? What makes that so memorable?

Hard to pick one! one of the best I’ve ever had was warming up for Skream & the Fubar for the LooP Lads, I used to buy Fubar tapes when i was younger and appreciate how iconic a place it is so to play there and warm up for a hero of mine was incredible, Dave & Leon could have easily got someone more local to play that gig so to be asked to do it meant a great deal. After I came off I sat behind the decks absolutely buzzing and Skream came over and pulled me up and said “you smashed it mate” pushed me to the front of the crowd and started giving me a round of applause. he didn’t need to do that, he probably deals with hundreds of warm up djs every year but i felt it was a class touch from him, he was an absolute gent and was great seeing him play so close up too. 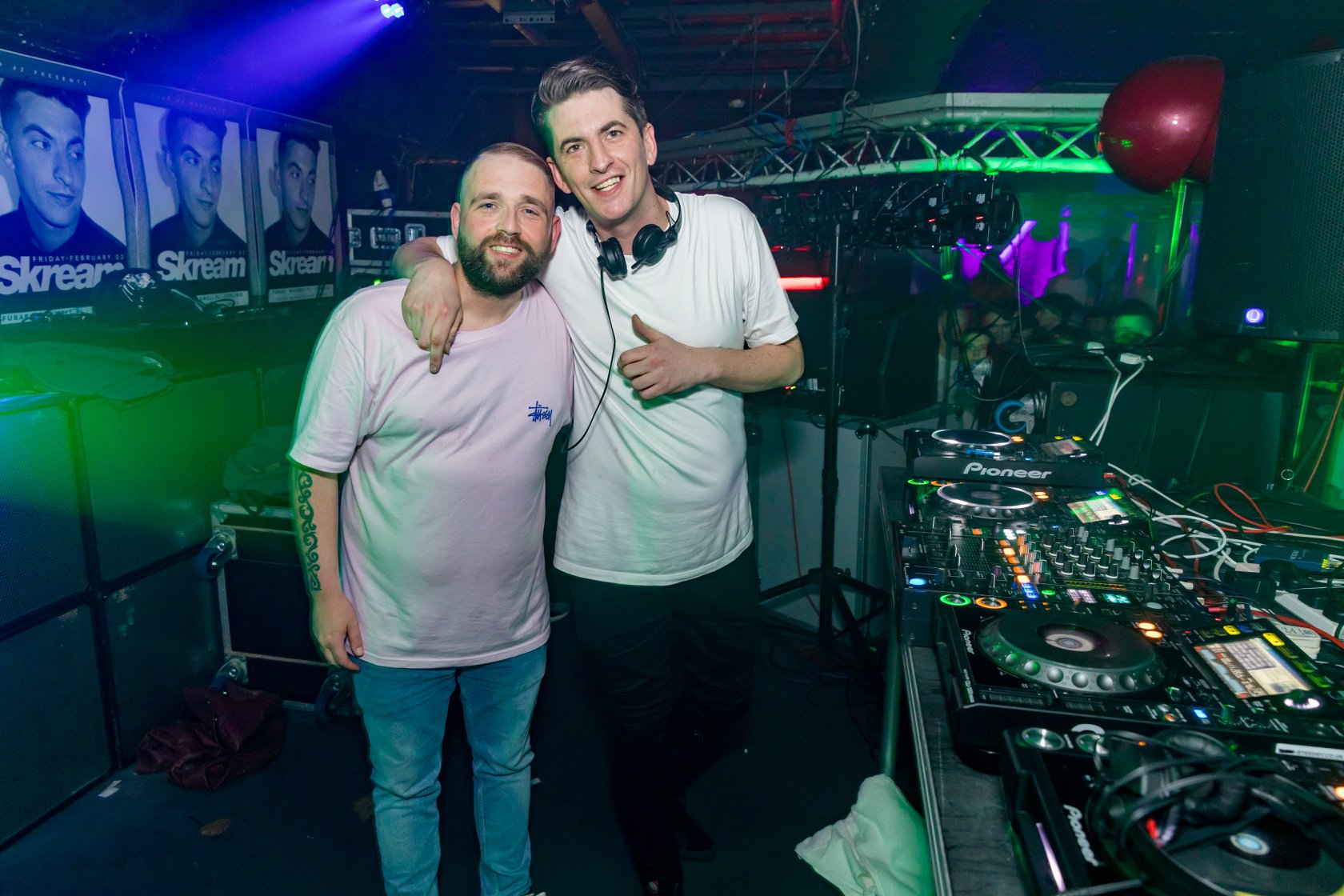 Talking about gigs you must have attended some unreal events over the years… as a punter what gig or gigs stand out the most that you will always remember?

Again, so hard to pick, one of the most recent ones that stands out for me was J.E.S.U.S at Baad – it was on Easter Sunday during the day, if you’ve been to Baad you’ll know it’s all clear windows and really bright – The music that day was by far the best i’ve heard in a long time, probably ever at a gig in Scotland – when you have Jackmaster, Eats Everything, Seth Troxler & Skream playing back to back for about 5 hours it’s always gonna be special.

You’re currently hosting your own show on Glasgow’s Groove City Radio called ‘On The Record’. We know coming up you have some amazing guests coming on ( put guests in here) Seems to be you end up talking more on the show about past experiences with guests rather than have music playing was this the play originally with the show?.

The Show started off as a podcast which we streamed from SM Studios which I ran alongside Stu McLean and it worked really well, back then it was an interview then a guest mix – to be honest it depends on the guest and how long the interview lasts, my show on Groove lasts 2 hours so if the interview is say 90 mins there’s no point in asking a guest for a 30 minute mix! I have DJ Obsession on tonight who’s done a guest mix and I have Judge Jules on next month who’s also sorted a mix but it depends tbh. I want the show to be more like a dance podcast rather than just about tunes so the fact you’ve picked up on that means it’s working – I always say if i learn something new about the guest im interviewing them it’s been a good interview and I’ve did that every time (so far!)

It’s great to hear different DJ’s and Promoters stores so if you could interview three people who would they be and why??

This is a class question!

Carl Cox – he is in my opinion – the greatest DJ to every do it, he’s been at the top of his game for over 30 years and at 59 he still loves it as much as he did when he 1st started so i would love to ask how he has kept himself motived and driven for all these years.

Mike Di Scala – Mike used to be in Ultrabeat back in the day (I was a huge Scouse House Fan, still am tbh) he started with Ultrabeat, produced a number 1 single for Neyo and now is part of one of the biggest duo’s in the world with Camelphat – he is by far one of the most talented producers in the world across so many different genre’s so would be cool to talk to him about how he started back in the old scouse days to touring the world to making tunes with Noel Gallagher to being nominated for a Grammy.

Jackmaster – Jack for me is the best DJ to come out of Glasgow ever, his mixing and technical ability is unbelievable & his tune selection is incredible – I’d love to have a sit down with him and talk about how he broke through, toured all over the world, started his own record label to what his process is for finding tunes – Jack is one of the only DJ’s mixes i hear and im trying to find tunes off it for weeks after – for me that’s the sing of a good DJ if he gets you looking for tunes.

So you’re at the afters… you get handed the aux cord everyone is looking at you to play a banger…what tune and why would you choose??

This answer could change by the hour haha – I would have to say Q-Tex “The Power Of Love ” that’s my all time favourite dance track – I’ve been listening to this sub-genre I came across called “Memphis Phonk” though and there’s a track called “Amnesia” by a producer called Lxst Cxntury – that would be a close second, check it out when you get a chance

How and when can people tune in to your show on groove city radio??

My shows are on the Stations Soundcloud the next day 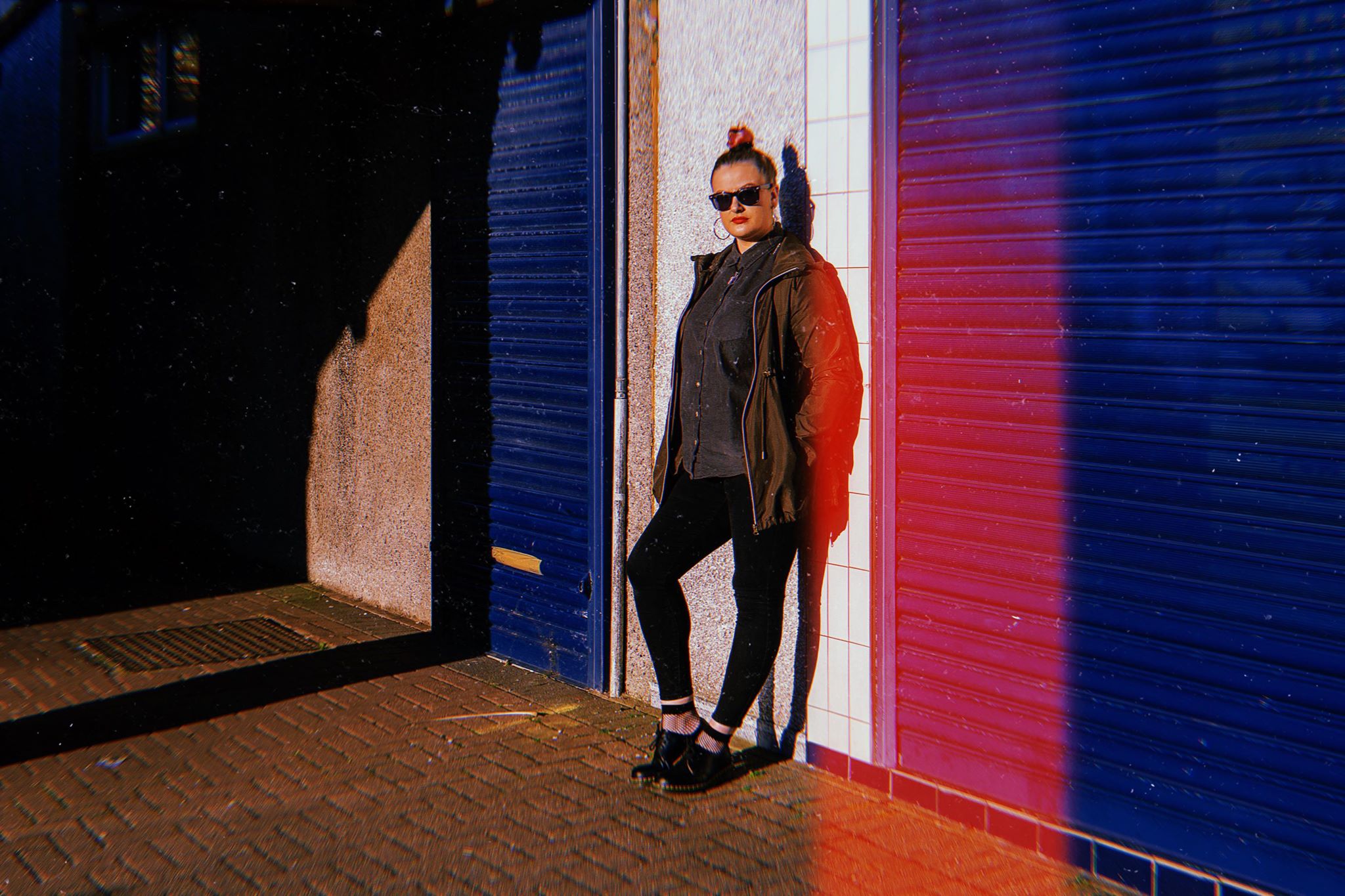 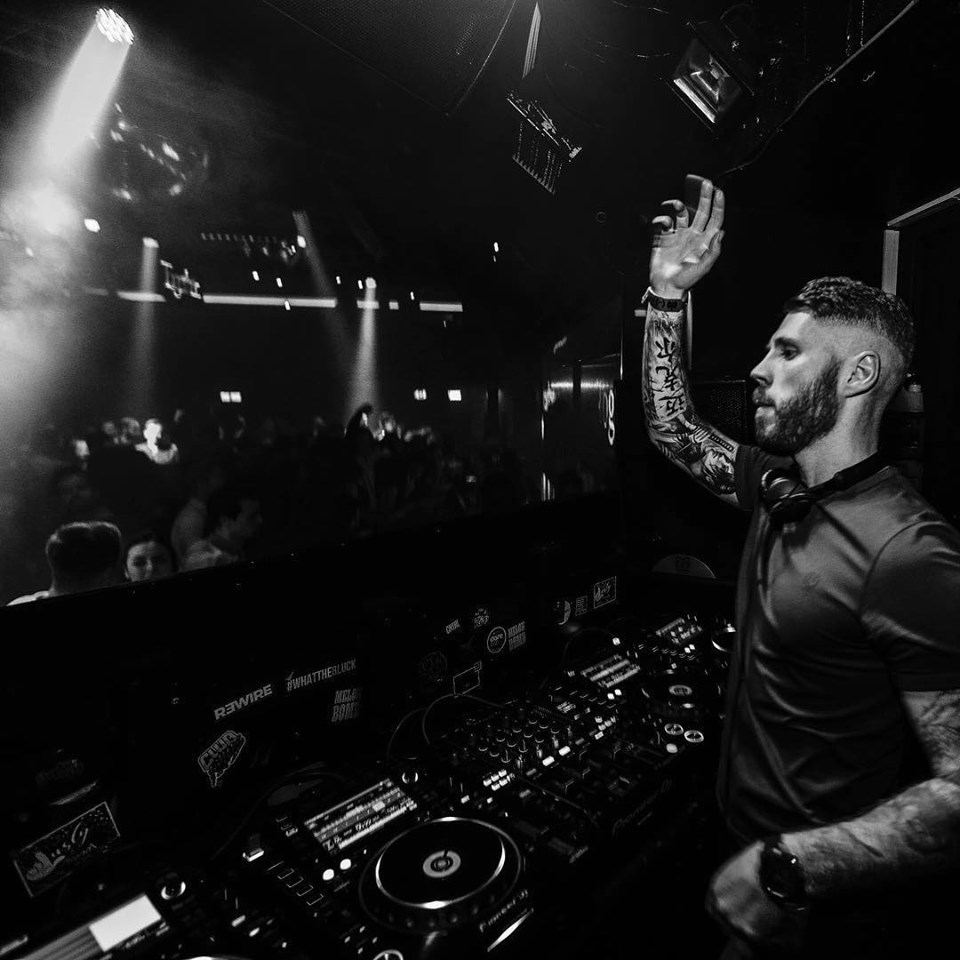